Evolution of Our RV Adventure

I tell people picking up the 2010 Newmar Ventana in April of 2018 was a spontaneous decision seven years in the making.

The seeds were planted.

Initially, we replaced Jennifer’s RAV4 with a VW Touareg in 2012.  Jennifer liked the Touareg because it was about the same length as the RAV4, but it could tow 7000+ pounds.  The Touareg was a tank with gas mileage to match. It would easily allow us to get around Colorado with a small camper.

In January 2013, we took a drive up to Denver for a little window shopping.  After stopping a few places, we walked through a used Lance 1685 camper at Ketelsen Campers.  Based on our research, Lance built great four season campers with a loyal following from their owners.  The Lance 1685 was a great camper for us to get started.

In October 2013, I retired from the Air Force.  Although you think that may provide more time for getting out on the road.  Unfortunately, we needed to pay the bills. Keeping up with the mortgage, car and other bills had us in the Red.  When we did find new work in June 2014, it involved moving from Colorado to the wastelands of California. By wasteland, I mean Ridgecrest in the northern portion of the Mojave desert.

We sold the Lance after a brief 18 months of ownership to make the move easier.  We new after getting to California, we would upgrade to a small gas motorhome. The motorhome would be parked right next to the house rather than in a storage lot.  A motorhome parked next to the house would allow us to get out more often with less preparation. Before leaving Colorado, we purchased a Fiat 500 to be a towed car for the future motorhome.

Only two months after arriving in California, we were out shopping again.  In January 2015, we got suckered into the new car smell of a brand new motorhome.  We purchased a 2015 Tiffin Allegro 31SA. Not only did we fall for the new car smell, but we also purchased an extended warranty.  All of them made complete sense at the time and is worth a completely different story.

We originally thought we would be escaping in the Tiffin at around once a month.  After a few trips, we realized short 3-day trips were not long enough. We saved up more leave to take longer trips.  Although we still are not on the road as much as we wanted to be, we used the Tiffin much more than the Lance. The Tiffin was definitely the home on the road.  It gave us plenty of space for us and pets. The Tiffin was much more livable for a week or more at a time.

Between 2015 and 2018, we traveled to San Diego, San Francisco, Borrego Springs, Newport Beach, Disneyland, Mammoth Lakes, Lake Tahoe, Alabama Hills and over one-half dozen trips to Paso Robles.   We learned volumes on how we want to live in on the road and started itemizing what would be important in the future full-time rig.

We expected we would be using the Tiffin for seven to eight years.  Part of this was expectations on the cost of the full-time motorhome.  Part of this was expectations on home much we could be able to save before hitting the road.  Luckily, pay raises came for both of us at a higher and faster rate than expected. We also decided to go for a less expensive, used motorhome and renovate to our needs.

We continued our research.  We started following more YouTube channels including RVGeeks, Keep Your Daydream, RV with Tito, and RV Love.  Everyone’s shared experiences from the road coupled with our personal experiences started to set our plans.

Full Time on the Road

In April 2018, I showed Jennifer the financial map.  I had several exit strategies from our rat race. I had options for us to quit anywhere from late 2018 through January 2020.  I originally planned to put the TIffin on the market in January 2019. This would give us time to sell the Tiffin and buy the next coach with plenty of time to buy the next coach and remodel it.

As perfect plans never survive first contact with reality.  One of several models of motorhome we narrowed our list down to was 40 foot Newmar Ventanas.  Newmars have a great reputation for build quality and insulation. We knew we needed a coach with great bones.  We could renovate everything else–electrical systems, flooring, appliances, etc. What we can’t change is the foundation of the vehicle.

After a weekend trip to Paso, Jennifer was window shopping RVTrader.  She found a 2010 Newmar Ventana 3961. The Newmar was the right length–less than 40 feet.  A 40 foot RV would allow us to get into many parks. Most importantly, we could get into Grayton Beach State Park, Florida.  This location is a sentimental location for Jennifer and me as it was the location of our first date.

The Newmar also had a great floor plan.  Beyond the basic decor changes we needed to update, the Newmar needed to updated for residential appliances.  We wanted a residential refrigerator, induction cooktop, permanent facilities for pets, relocating the TV, new flooring, upgraded power systems, and a new shower.

Now we are up to the impulsive purchase seven years in the making.  In April 2018, we purchased the 2010 Newmar. Now we needed to launch the upgrade.  Being an older coach than we originally planned, the renovation costs were going to be higher and more extensive.  After interviewing in a few places, we decided on using an RV remodeling center in Phoenix, Arizona.

The remodel took eight months!  We (or at least I) thought it would be done in four months.  In the end, the longer renovation plan produced beautiful results. We are now in the home stretch of work, preparing for a 2020 launch our rambling freedom across America. 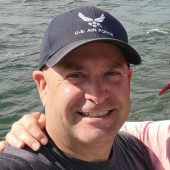 Remodeling an RV vs Buying a New RV